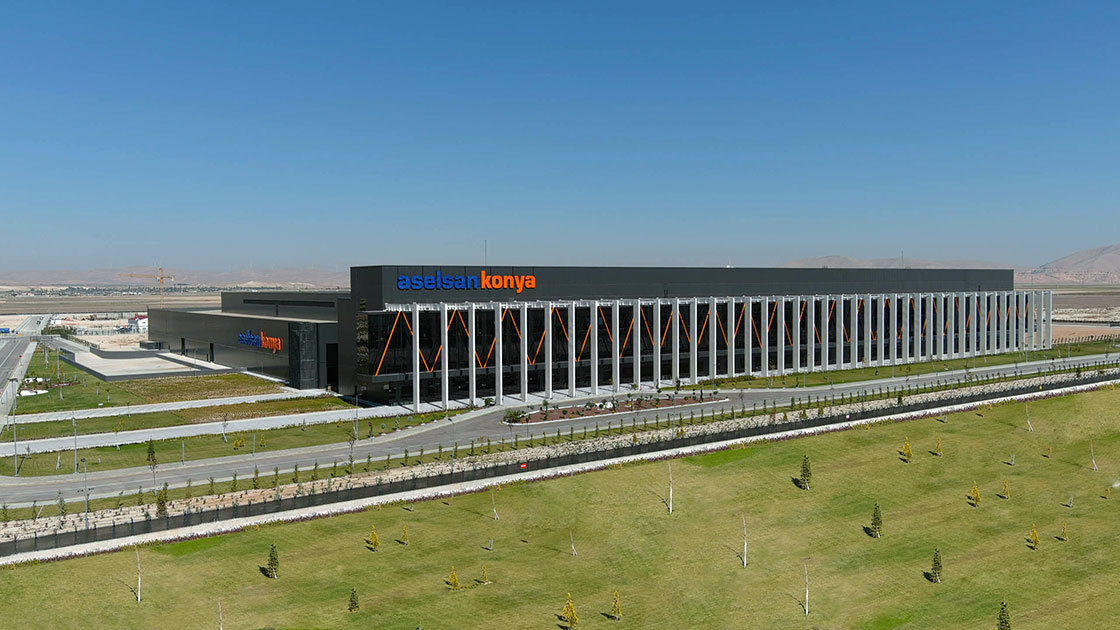 An information meeting on the ASELSAN Weapon Systems Factory was held in Konya. In the program organized at the Konya Chamber of Industry, it was stated that the factory is located in the Technology Industry Zone of approximately 1.5 million square meters, where the defense industry, space and aviation industry works will be carried out and will start production on 17 December.

Speaking in the program, AK Party Konya Deputy Ziya Altunyaldız said that ASELSAN Konya Weapon Systems Factory will open a new page in Konya's production ecosystem and will be one of the most successful examples of public-private cooperation in the field of manufacturing industry. Noting that the process, which started with the authorization decision on June 21, 2018, was crowned with the production of the factory on December 17, Altunyaldız said, “As you know, all collective organizations have been postponed for a while within the framework of the epidemic period measures. I hope we will hold the official opening of our factory, which will start production on December 17, at the first visit of our President to Konya. With the devoted efforts of ASELSAN Konya Arms Systems Inc. and the efforts of many hearts, both at the table and in the field, we are bringing a strategic investment to our country and our city. ASELSAN Konya Weapon Systems Factory, which is the product of a strategic investment of 500 million TL in total in the Konya Technology Industrial Zone, will become one of the attractive forces of the Konya industry not only with its production capacity but also with the production ecosystem it will create.

“It will be the design, production and innovation center of weapons and weapon systems”

Explaining that the Konya Weapon Systems Factory is a model both in its design and in its construction, Altunyaldız said, “With ASELSAN's technical and operational experience and capability, it will be one of the stars of our value-added production. In the factory, which has a closed area of ​​63,300 square meters, employment will be provided for 1,220 qualified personnel, including 820 engineering and design personnel and 400 technicians. I mentioned that the factory is a model investment. The investment, which will develop a qualified production ecosystem, especially in the defense industry, also draws attention as an exemplary investment in terms of effective use of resources and prevention of waste. The personnel who gain experience in the projects carried out by ASELSAN at home and abroad also work in qualified R&D projects. In addition, the factory has been designed to be compatible with Information Technologies structures in the future. The factory, where defense industry system, production, testing and integration activities will be carried out, will also be the design, production and innovation center of weapons and weapon systems. I would like to express my gratitude to our President, who crowned the value and love he attributed to Konya with Konya investments and brought the ASELSAN Konya Weapon Systems Factory to our Konya and our country.”

Memiş Kütükcü, President of Konya Chamber of Industry, stated that ASELSAN's investment in Konya was shared with the public for the first time in June 2018. Kütükcü stated that they have been in great excitement since that day, “Actually, I know that; Not only us, but everyone living in this city carries this excitement. Because, ASELSAN Konya Weapon Systems Factory is the most strategic investment in the industrial history of Konya. This investment is the strongest step in our city's journey to create higher added value. After that, new steps will follow, by Allah's leave. As you know, a total area of ​​1 million 581 thousand square meters, including our ASELSAN factory, has been declared a Technology Industrial Zone. This area is open to all strategic investments, to all investors who will produce technology and produce high added value. We can even say that our Konya Technology Industry Zone has received its second investment.”

Metropolitan Mayor Uğur İbrahim Altay also said that when ASELSAN will invest in Konya, they handed over the land free of charge without hesitation. Explaining that one of the most important duties of Konya Metropolitan Municipality is employment, Mayor Altay said, “I am very happy with the point reached today. ASELSAN's investment in Konya was completed very quickly and it will be put into service on 17 December as of now. ASELSAN Konya is the first fruit of Konya Technology Industry Zone. I have full faith that the ongoing process will develop much more. Konya Technology Industrial Zone, which was created on an area of ​​1 million 580 thousand square meters, is turning into a very important production center for Konya. With its location and production capacity in Konya Technology Industrial Zone, it will add a very important value to Konya. Konya industry is already Turkey's production base with its organized industrial zones. This is the biggest indicator of this, with export figures exceeding 2 billion dollars.”

These cookies are essential for you to browse the website and use its features, such as accessing secure areas of the site. Cookies that allow web shops to hold your items in your cart while you are shopping online are an example of strictly necessary cookies. These cookies will generally be first-party session cookies. While it is not required to obtain consent for these cookies, what they do and why they are necessary should be explained to the user.

Also known as “performance cookies,” these cookies collect information about how you use a website, like which pages you visited and which links you clicked on. None of this information can be used to identify you. It is all aggregated and, therefore, anonymized. Their sole purpose is to improve website functions. This includes cookies from third-party analytics services as long as the cookies are for the exclusive use of the owner of the website visited.

allow us to personalise your experience and to send you relevant content and offers, on this website and other websites.