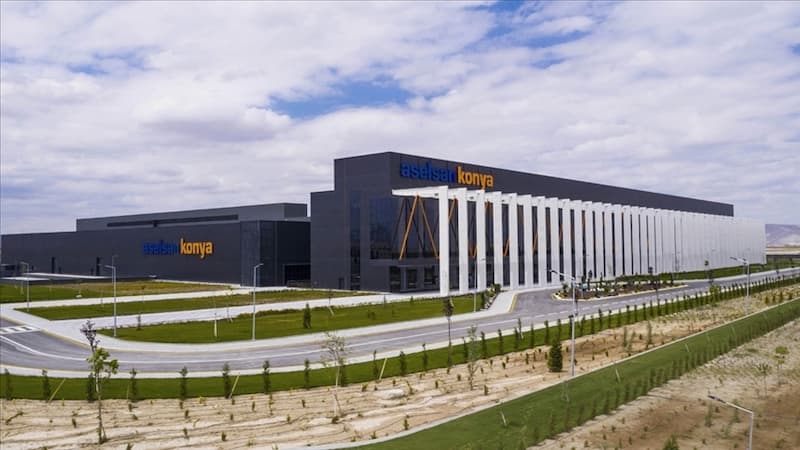 Altunyaldiz, AA correspondent, Aselsan Konya's wife stated that it was completed in a rare time.

Noting that the establishment of the factory and the production stage were completed in a year, Altunyaldiz said:

"Aselsan Konya Weapons Systems Factory was put into production on December 17, 2020. This is an extremely original model on its own basis. This is both a design dec R&D center and a production center. This is an integrated structure and a model investment. From production engineering level to design engineering level, from R& D capacity to develop its own production models and was initially established with the support of ASELSAN, but will stand on its own two dec as of its original structure in all these areas."

Altunyaldiz emphasized that a production facility with the goal and vision of becoming a global actor with ASELSAN was brought to Konya, saying, "170 remote command weapons systems were built in ASELSAN KONYA in as little as 6 months. Work is underway on weapons systems of different calib dec, from design to R & D. In the coming period, together with our business partners in Konya, we have seen that it is in very original studies from engineering dec product development and R & D to design and finally to the final product." he used his statements.

Emphasizing that it is expected that ASELSAN's financial and production targets will also be exceeded next year, Altunyaldiz said that Aselsan Konya Weapons Systems Factory continues to work at the point of becoming a global actor.

Altunyaldiz stated that there are close to 220 employees in the factory, 80 percent of whom are engineers and technical teams, and stressed that employment will increase as work capacity develops.

The marksman is able to use the UKSS effectively and safely thanks to its remote controllability. The systems are able to work in harsh environmental conditions with a thermal imager and a day vision camera on it.

With its high stabilization performance, the UKSS allow the user to easily track moving targets with its automatic target tracking and detection ability, and neutralize them with a high hit rate.

As part of the technology transfer agreement concluded with ASELSAN, UKSS production was transferred to Aselsan Konya. The procurement, production, integration, testing and quality activities of UKSS, which has completed the infrastructure installation and started production in a short time, are carried out by Aselsan Konya.

These cookies are essential for you to browse the website and use its features, such as accessing secure areas of the site. Cookies that allow web shops to hold your items in your cart while you are shopping online are an example of strictly necessary cookies. These cookies will generally be first-party session cookies. While it is not required to obtain consent for these cookies, what they do and why they are necessary should be explained to the user.

Also known as “performance cookies,” these cookies collect information about how you use a website, like which pages you visited and which links you clicked on. None of this information can be used to identify you. It is all aggregated and, therefore, anonymized. Their sole purpose is to improve website functions. This includes cookies from third-party analytics services as long as the cookies are for the exclusive use of the owner of the website visited.

allow us to personalise your experience and to send you relevant content and offers, on this website and other websites.